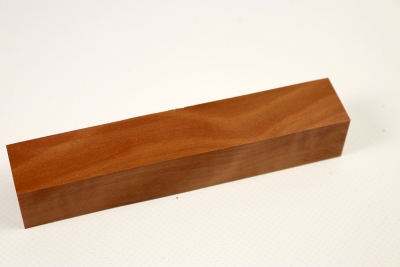 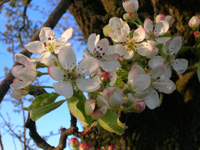 The European wild pear (Pyrus pyraster)  grows no higher than 65 feet, with a preferred habitat in central and southern Europe. Unlike the cultivated pear, its branches are covered with thorns and the fruits are much smaller, usually only about 1 inch in diameter.
Like that of the cultivated pear, the wood is dense and hard. It is particularly popular for use in furniture making, but also for carving, for which it is well suited despite its hardness. It is considered the best wood for woodcuts (xylography). In earlier times, it was also stained black and used as a substitute for ebony due to its very similar structure. 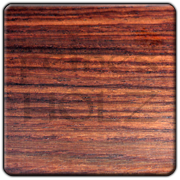