The tree of heaven (Ailanthus altissima) originated in China and northern Vietnam. It was planted in Europe and America in the 18th century and later also in Africa and Australia. It is an invasive species and extremely fast growing, which means it does not live to be very old. Few specimens are older than 100 years, but it reaches heights between 60 and 100 feet. It thrives in the Central European climate magnificently which is probably why it has become so widespread. In China, its leaves are the diet of the silkworm.
The wood is not unlike ash and not just in appearance. It is relatively hard and medium-weight, but also somewhat brittle. It has a delicate yellow color that sometimes shimmers in a really lovely way. 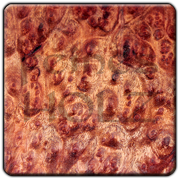