Dimensions: approx. 215 x 195 x 32 mm, measured over the entire length - please note existing cracks based on the photos
You will get the shown piece! 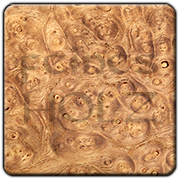