Hybrid wood consists partially of wood, and partially of different coloured acrylic resins. They are merged (cast) in a special process. The resulting hybrid material can be processed easily and is dimensionally stable. You may need to sharpen your tools quite often. In order to achieve great visual effects, partly ground mother of pearl shell is used, which can blunt sharp cutting tools faster than usual.

The wooden part of this block has been stabilized with Plexiglas® (PMMA) and fully penetrated. It will no longer absorb water, is dimensionally stable, and will no longer crack. It can be easily worked, but it does not react well to excessive heat during processing, so take care when sawing, drilling and grinding. (When it gets very hot - the melt point is at 90 Celsius - the PMMA begins to smear.)Very easily worked with sharp tools, but the odor stays within limits and is negligible. The stabilizing gives this block excellent hardness, durability, and stability. It is therefore suitable for heavy duty applications or in areas that get wet, such as outdoors.

We have produced the blank offered here for you using a complex process in our own production.

Yew (Taxus baccata) is an evergreen conifers, although it is the only conifer that does not contain resin in either its wood or bark. It has many variants all over the temperate zone of the northern hemisphere, but it also appears in warmer regions, such as Turkey, too. It also does not form cones. Yews can live for up to 3,000 years and reach up to 50 feet high. They grow very slowly and are the hardest of the conifer woods. It is also extremely elastic and was used in English longbows. It is considered highly toxic due to the levels of taxine it contains. Taxine is an alkaloid blend that directly affects the heart muscle and can kill animals such as horses. Only the red aril is not poisonous and could be used to make jam, for example. But everything has two sides, including taxol, which is also a cancer inhibitor. The yew occupies a very special place in Celtic mythology as the gateway and threshold to the other world, an interpretation continued by the presence of some very old gnarled yews in very old cemeteries. The yew also holds a key role in Germanic/Norse mythology: Odin hung upside down on a yew and sought the secret to deciphering the runes. Although the sources disagree, it is more likely that the yggdrasil tree of mythology was a yew and not an ash. I also recommend spending a warm summer’s night under a yew to those traveling to the other world. Thanks to its elasticity, the wood of the yew was THE wood of choice for the English longbow in medieval times, a fact which almost led to its extinction in Europe. Almost all of the continent’s large yew forests were cleared to create the weapons of war and they still have not really recovered. 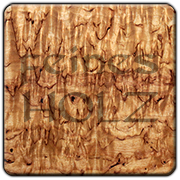